What do Boston's up and coming chefs do on a Monday night off? Last night seven chefs competed in a Breakfast Sandwich Throwdown at Daddy Jones Bar in Somerville's Magoun Square, organized by Stone and Skillet, makers of artisanal English muffins. "What the bagel is to New York, the English Muffin will be to New England," said Dan Crothers of Stone and Skillet. Most of these chefs have added dishes with S&S muffins to their menus in recent months, ranging from Eggs Benny brunch to burgers. 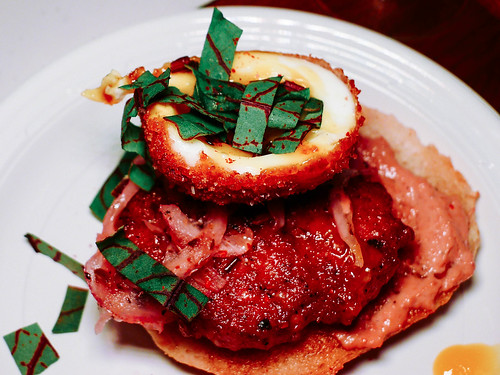 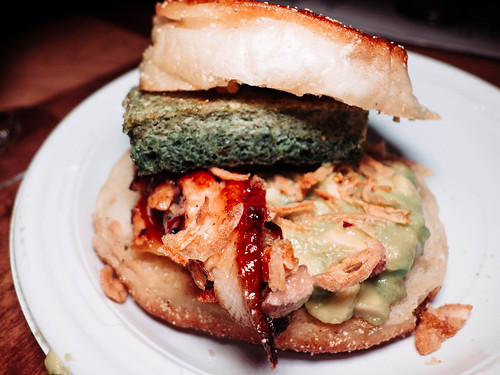 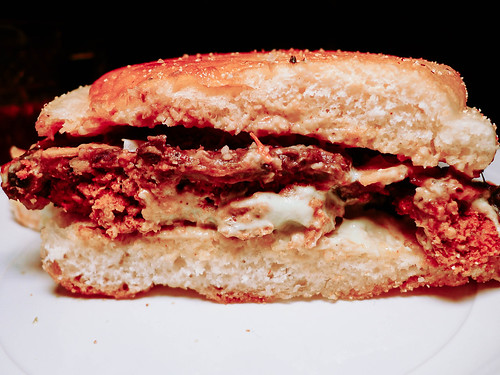 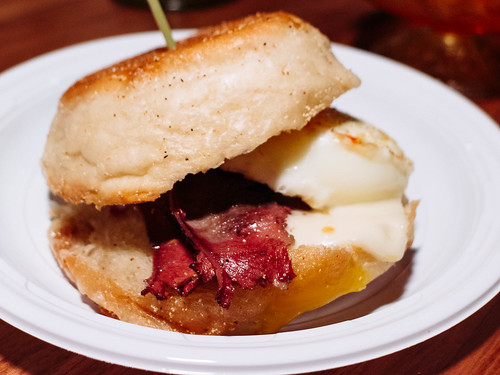 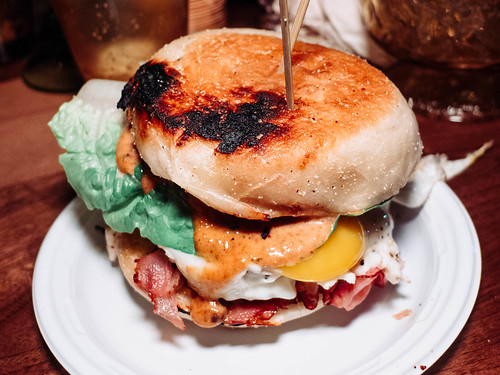 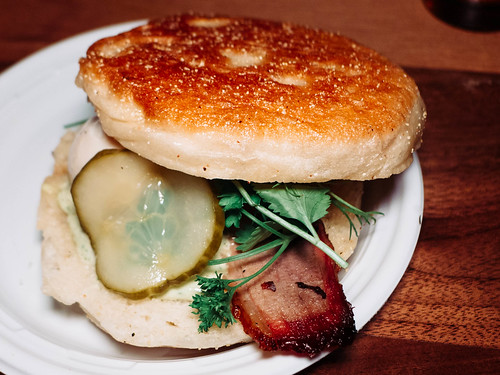 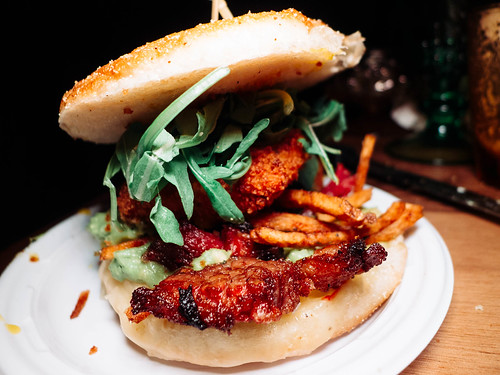 After a quick vote tally, Mark McMann's Duck on Duck on Duck (first photo) was declared the winner. Duck sausage topped with a seven-minute duck egg which was fried in cornflake panko—a truly stunning example of the craft.