Photos from the Mick Dundee Challenge IV, held at K.O. at the Shipyard, East Boston.

The Mick Dundee Challenge is a meat pie cooking contest in which Boston chefs compete for a much-coveted title belt. The proceeds go to charity, and the the day is a blast, with imaginative and delicious pies offered by typically a dozen local chefs. The events have been hosted at jm Curley, Lincoln Tavern in South Boston, and twice now at K.O. Pies at the Shipyard. 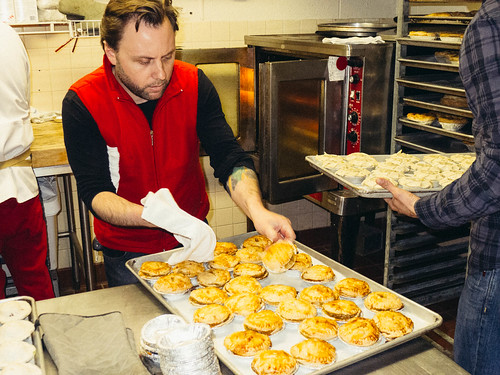 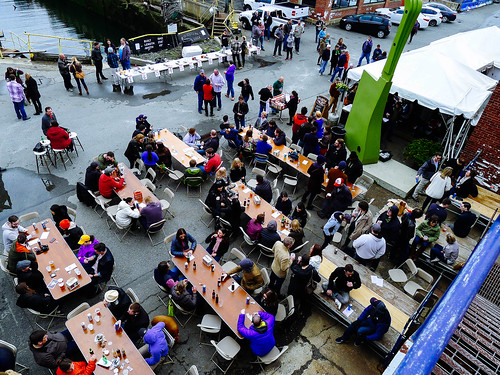 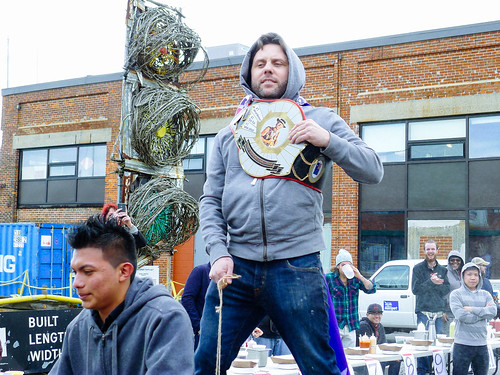 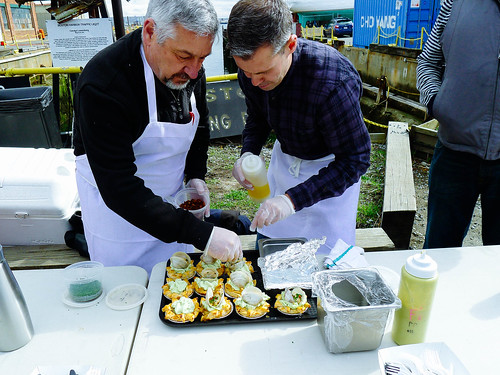 The format continues to evolve as Master of Ceremonies Patrick Maguire strives to make it easy for all the guests to sample each of the pies. This fourth event had a simplified Passport model, where each ticketed group of guests could visit each of 13 chef stations to collect a pie, then chow down at the picnic tables and other makeshift seating. 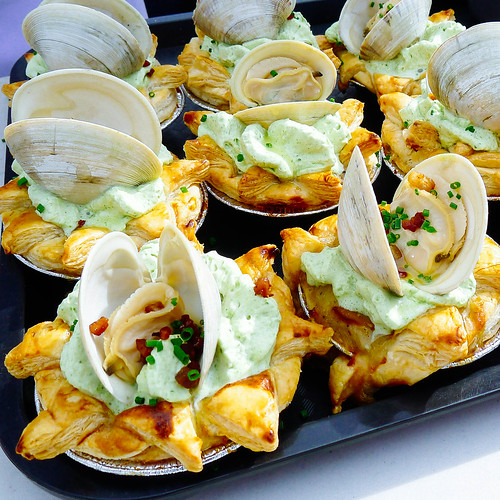 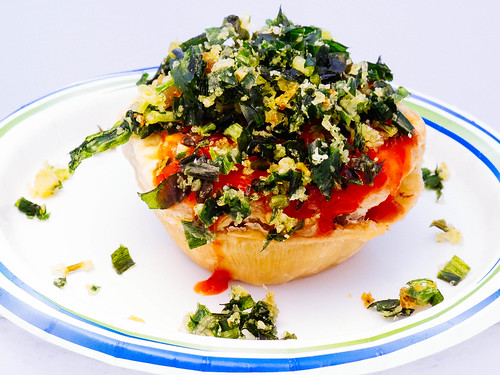 The pies themselves were magnificent as always, ranging from traditional beef, brisket, and pork pies to clam, Arctic char and lamb neck to one bedecked with fried ramps. As I heard one chef joke with another while the votes were being counted: "white people LOVE ramps." 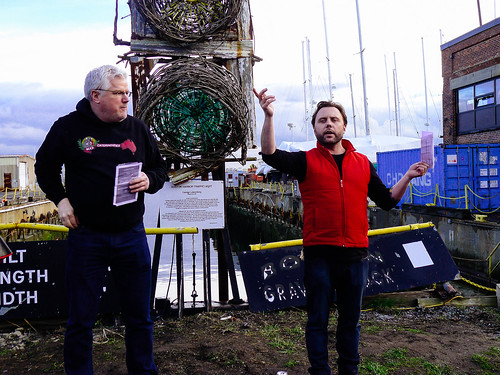 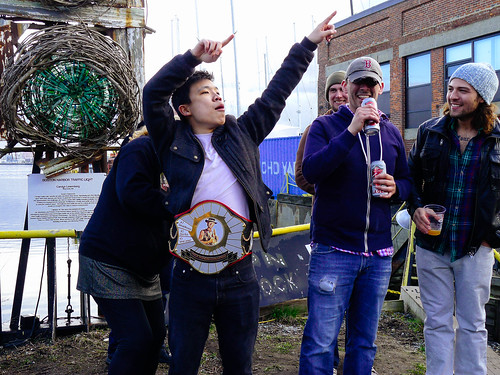 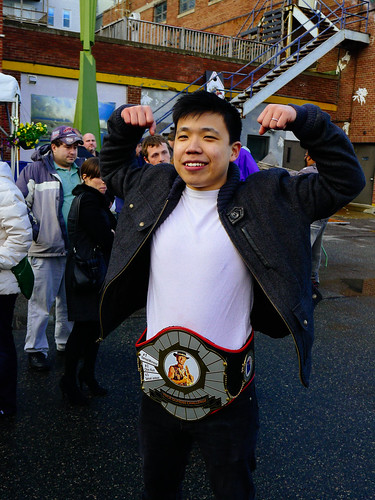 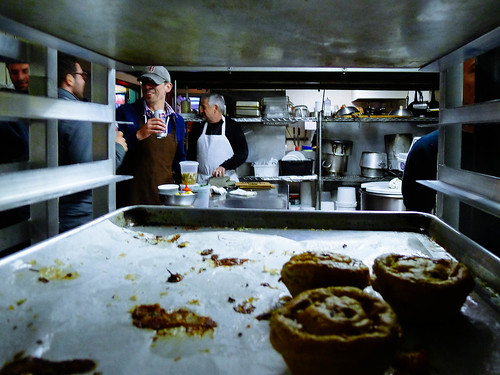 A brief shower cleared and the sun broke through the clouds in time for the announcement of the winners:

I will follow up with a complete list of all the contestants and photos of their amazing pies.